Webinars are not all created equal. Organisers have the choice between different webinar formats and ways to set them up. In this video we discuss the different webinar format options and provide some best practices on webinar setup. Subscribe now for more Webinar Best Practices. Check out our other videos on Webinarexperts.co.uk or subscribe to our videos on YouTube.

Video Transcript – How To Choose The Right Webinar Format And Setup:

[Thom] – Hi, it’s Thom from webinarexperts.co.uk here, thanks for joining us for another video

in our webinar series, webinar best practice. And this week we’re looking at webinar format and setup.

And we’re joined by Lev Cribb, our MD here at webinarexperts.co.uk. Thanks for joining us Lev.

[Thom] – So to kick us off, we really want to look at the format of the webinars. So could you just give us a run through of what the different types of formats you can have, and how you might set the webinars up?

[Lev] – Sure. There’s really two ways of looking at this, one is the actual webinar format itself. So are you using audio only? Is it a video webinar? Are you using slides in it? Are you using screen share? Perhaps showing some video clips. And that’s quite standard stuff, although I think hopefully we’ll get into that a bit more in terms of what is appropriate.

And, you know, there’s a whole host of considerations around that. If that is you, then do get in touch if you want to talk about that a bit more.

[Thom] – So for someone looking at starting up their new Webinar Program, what kind of format would you recommend to them?

[Lev] First of all I’d say, walk before you can run. Become really good at something that you’re doing first. So with that in mind, don’t invest 10s of thousands of pounds in video equipment and a studio setup, if you’re not sure how to use it, make the most use out of it. Or perhaps even whether your webinar platform can deal with that level of kit as well. So that’s very important.

And then, I would say start with audio and slides, perhaps use some video clips to enhance your content, if that’s something that is appropriate for that audience and for that content, that makes sense.

There’s a lot of interest in video, no doubt, and it’s very simple to pick up a webcam, very high quality webcam that we use as well, for certain aspects of our video production, worth 30 pounds. What’s more difficult is to make it work really well, make it work consistently well. So it’s important not to become over ambitious before you haven’t got the basics down as well. So that’s very important. And remember that, the output you want to achieve, first of all, like I said, has to be consistent.

But also it has to be at the same level of quality and excellence that you want to have full of your output. So, we often see that perhaps the video output is subpar, compared to the other output that companies achieve with other sort of mediums. So that’s really important to think about as well.

[Thom] – Okay, so let’s put ourselves in a position, we’ve got our first webinars out, we’ve been running a successful series for some time now, what are the next steps you would take to really up your webinar game?

[Lev] – Yeah. Video is great. It up levels the webinar straightaway without a doubt, if it’s done well.I think audiences would rather attend to really well produced audio webinar, than a badly produced video webinar. But video is a great tool. and so are really good moderators. even down to a really good process, of how to do everything. That makes the webinar experience better on the front end as well. And, you know, the actual thought out format that you have, If the format’s inconsistent, the audience won’t have that feeling of loyalty, of coming back to something that they’re used to. So create a webinar format that suits you well, that suits your audience well, for the stage that you’re at as a company, and at the stage that the audience is at as a company as well. So that’s really important. And like I said, it’s better to do something more basic really well, than something more advanced with not as good quality.

[Thom] – Okay, cool.  So, obviously, webinar software is becoming more feature rich, it’s got a lot more going on now, and we keep seeing new products and new features being released. I think we’re gonna look at, how to choose your webinar software later on in another series. But for you right now Lev, what are the must haves in functionality on a bit of webinar software and for your webinars?

Without a doubt, it’s all about integration. If you’re using webinars for lead gen, which, you know, most applications are around lead gen, demand gen, then the integration to your marketing automation tools, and to your CRM system, is really, really important. What it does, it provides you more insight, in your native platform where you have that data anyway. And also gives you that speed of access to that insight and speed in the lead gen game is a real competitive differentiator, and really important aspect. So I would focus on that first, get that right, you’ve then got a really solid foundation, upon which then to build the other aspects of functionality that you can then use as well.

[Thom] – Okay, cool. And a slightly different question, obviously we are getting more feature rich, what things would you switch off, what maybe distract from the webinar experience and you know, maybe pull away from, from really getting your message out there?

[Lev] – Yeah. You quite rightly said, you know, the top level webinar platforms, are becoming more and more feature rich all the time. And just because the features are there, doesn’t mean that you have to use them. You know, they’re not designed for you to use them all. There will be different applications of how to use webinars, it might be demand gen, it might be Corporate Comms, might be training, it might be, you know, internal communications. And the features are there to be used by those applications. So just because something is available, it doesn’t mean that you need to use it. And one of those examples is, for example, live chat function. Great for internal comms, perhaps not so good for lead gen, where you have, you know, perhaps partners attend, perhaps even the competition, especially if you can’t moderate that live chat.

The question is, does it, do you really need it? Does it add value? And there are other things and I suppose more about looking at the bigger picture, what are you trying to achieve with a webinar? What do you want it to do? And what actions should it trigger? And then design your capabilities and functionality of your webinar around that. You know, can you achieve what you want to achieve with a poll, or should it be a survey? Should they be both in there, and you just need to position them differently? Things like that.

So it’s really more about looking at what can your webinar platform do? What are you trying to achieve? And then try and match those up. And don’t over provide functionality, because ultimately you want the audience still to listen. Listen to what you’re presenting, listen to what you’re showing, listen to this discussion. But no doubt, you will want to allow them to interact with you, download some additional information. So look at the bigger picture, what are you trying to achieve? And then design your experience around that.

[Thom] – So earlier on, you mentioned process and how that relates to format. Could you just expand on that for a little bit?

[Lev] – Yeah, sure. So the planning and execution process that you have in mind, is a huge area. It’s probably not the sexiest of all the areas that we’ve discussed, but it’s a really important foundation to put in place, if you can plan your process really well. And that affects also how you then create the format of your webinars, how you execute against that. That’s a really, really important thing to look at. And often that’s not considered, because it’s not the most visible item. So spend some time on designing the process that you’re working on. Make sure that’s consistent. And that will also be noticeable in the way you deliver your webinars. You know, we spoke about different formats and audio and video and content and so on. What we notice quite often is that, while video is much more engaging than audio, perhaps the content itself is still, we said this before, the content still is the most engaging driver of interactivity and interest in your webinars. So again, to that point, don’t over egg the features, focus on the content but create a really well executed format overall, that is right for your audience, that is right for the actions you want to trigger from the audience itself.

[Thom] – Okay, brilliant. So thanks so much for joining us this week Lev, we really appreciate that.

We’re gonna be looking at some extra topics next week and delving into more best practices for webinars. So I hope you can join us then, and thanks very much.

WebinarExperts supports organisations across a range of webinar topics, including webinar programme strategy, webinar programme design, and tactical webinar execution. To find out more, contact us or call today on +44 (0)330 001 5327. 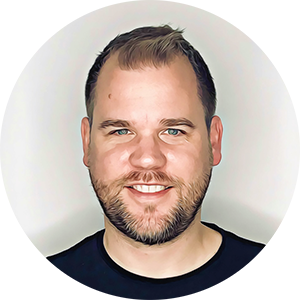 Lev founded WebinarExperts after gaining experience working with a range of global webinar platforms. Just a few years later and WebinarExperts is now a globally recognised team of technical, creative & marketing experts on a mission to make online events amazing.